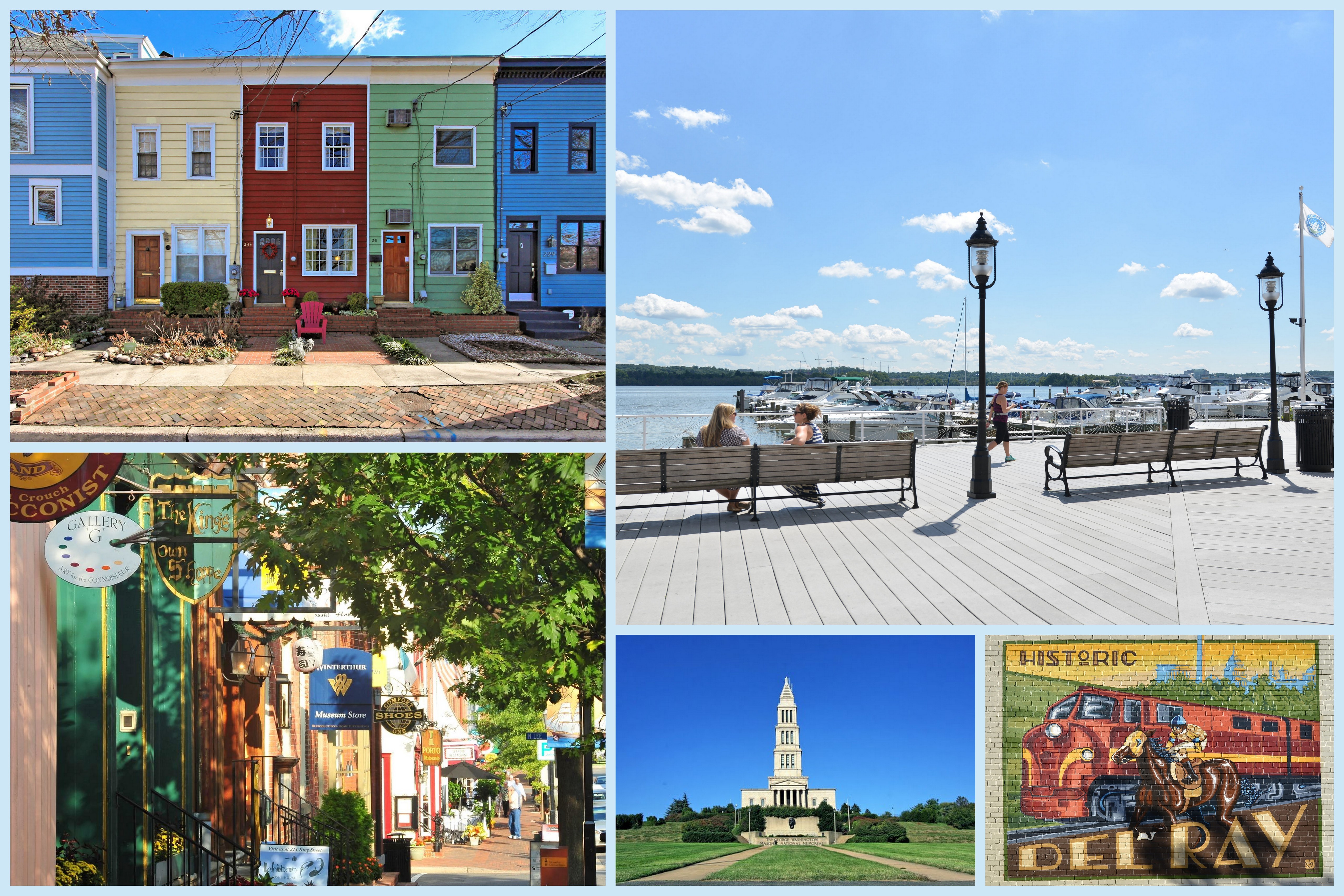 The historic center of Alexandria is known as Old Town. With its concentration of high-end boutiques, fine restaurants, antique shops and theaters, it is a major draw for tourists and those seeking nightlife. Like Old Town, many Alexandria neighborhoods are walkable, high-income suburbs of Washington D.C. Other highlights include Cameron Run Regional Park, Mount Vernon Trail, George Washington Masonic National Memorial and the Torpedo Factory Art Center.

Old Town, in the eastern and southeastern areas of Alexandria and on the Potomac River, is the oldest section of the city, originally laid out in 1749, and is a historic district. Old Town is chiefly known for its historic town houses, art galleries, antique shops, and restaurants.

Arlandria consists of apartment complexes concentrated on the border between Arlington and Alexandria on W. Glebe Road. Centered around Mount Vernon Avenue and West Glebe Road, it is home to many bakeries, restaurants, salons, and bookstores.

The community, while diverse, has experienced substantial gentrification since redevelopment began in Potomac Yard in the mid-1990s. The area has invested in development plans for condominiums, parks, and a fire station with affordable housing on upper floors. Del Ray now boasts many new restaurants and shops.

It is the most typically suburban part of Alexandria, with a street hierarchy of winding roads and cul-de-sacs. The section of Duke Street in the West End is known for a high-density residential area known to locals as "Landmark" and for its concentration of shopping malls.

North Ridge, in northern Alexandria City, borders Arlington County and includes the very busy Braddock Road/King Street corridors. North Ridge takes its name from the high ground west of Russell Road and south of West Glebe Road. It is a residential area with homes of numerous styles (mostly single family houses) that were largely developed in the period of the 1930s through the early 1960s.

No account? Sign up now to save searches, listings, and get tailored listing notifications. It's free, opt-out anytime.